The Moon lightens the darkness of the night and is known as the guardian of the earth at night and the night-time protector of humans. Moon is a symbol of power and was traditionally used to show prestige.

Full moons are credited with providing direction, vision and guidance. He signifies height as a sign of status. The Moon has the ability to change our moods and thoughts.

The Moon was the exclusive crest of only a few of the highest ranking chiefs. 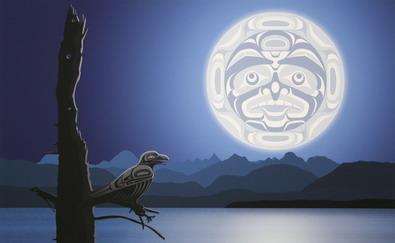 Northwest coast First Nations legend tells us of the Raven who is said to have released the Moon into the sky.

The stars are pieces of the Moon that flung off when Raven threw it into the sky. An eclipse was said to be a Codfish trying to swallow the Moon. In order to prevent this, a bonfire was set with green boughs to add smoke.

As people danced ceremonially around the fire, thick smoke rose to the sky causing the codfish to cough and spit out the Moon.

When the people saw the Moon appear at the edge of the mountain they would drum to bring the Moon higher into the sky. 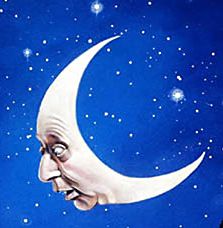 The Moon Man and his sister, the Sun Woman, rose to the heaven and gained control over those celestial orbs. The Sun Woman is rarely mentioned as she is seen as a completely positive force that needs little attention.

The Moon Man presides over the realm of the afterlife located in a land above the stars. The stars are seen as holes in the bottom of this land where light, water, or snow spill through to the land of the living. The free souls of dead people and animals exist in this afterlife.

The Northern Lights, the aurora borealis, were considered by some Inuit to be torches of the free souls of the recently dead trying find their way to the celestial world of the afterlife. The afterlife is a land where souls are happy and there is an abundance of all they need. There is much game playing as there is time for leisure rather than work.

Here the Sea Mother reforms the souls into new forms and they are then returned to earth by the Moon Man to be reincarnated in this world. When there is no moon in the sky, that is the time when the Moon Man is making his trip to the earth bringing the reformed souls. 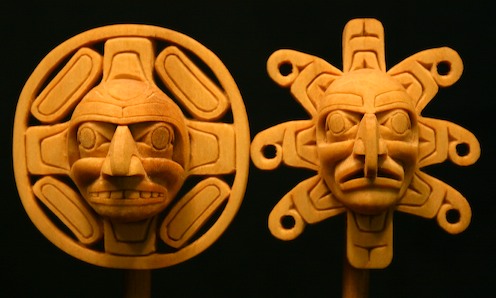 There is also a belief in another afterlife located under the world of the living where the free souls of some Inuit go; there they do not enjoy the pleasures of the celestial afterlife and no reincarnation is possible. These are the free souls of the Inuit who have broken taboos and not followed the traditions of the people. (Merkur  II 146-9).

The Moon Man is also considered to be a guardian of animals. He not only supervises their reincarnation, but also sends them to Inuit hunters who observe the traditions and keep the animals from those who break the taboos (Merkur II 159).

The Moon Man was also involved in the fertility of Inuit women. Shamans would spiritually travel to the Moon Man and convince him to throw down children for the women, making them pregnant.

It was also believed in some tribes that if women allowed the full moon to shine on their genitals it would increase their chances to be fertile (Merkur II 161-2).